If you own one of the vehicles listed below, the o-rings and seals in the vanos unit of your BMW vehicle wear out after a certain period of time and the vanos unit does not work properly anymore. The VANOS unit by BMW stands for Variable Camshaft Timing (Variable Nockenwellensteuerung) and is responsible for the variable timing of the camshaft in relation to rpm, torque and engine oil temperature.

The original seals installed in the vanos unit are not suitable for the use in the engine and this causes the sealing rings to not seal properly anymore and the vanos unit to fail.

BMW does not offer these seals separately, but only the complete replacement of the vanos unit. But even in this exchange unit, the installed seals are again of inferior quality that wear out after a short service life of the engine.

We at MJ Products have dealt extensively with this topic and have been offering seal kits for VANOS units for over several years now. Our repair kits are only made of high quality materials to prevent a failure of the VANOS unit in the future.

Our products are manufactured 100% in Germany. This includes both the viton o-rings and the PTFE seals. Our PTFE seals, which are largely responsible for the correct functioning of the VANOS unit, are manufactured with a tolerance of 8/10 mm to 2/10 mm on modern CNC machines to ensure a good fit.

Another crucial factor is the compounds that are added to the PTFE during production. These have a significant impact on the properties. We use a composite of 3 different filling materials, which greatly increases the wear resistance and abrasion resistance at a very low coefficient of friction. This allows a long life and increases the reliability of the sealing rings.

Competitors' seal rings do not have the characteristics listed above. The seals are often produced with large tolerances. Either wrong or even no compounds have been used, although they have a strong influence on the wear resistance. Of course those kinds of seals are less expensive to produce.

Although our products are a little more expensive, you can rely on our many years of experience in this field. Against the trend of cheap and poorly finished products, we hve chosen to produce reapir kits that are worth their money and keep the VANOS unit in your vehicle working for more than only one year.

We offer seal kits for various VANOS units. They can be purchased on our own Shop. By clicking on one of the links below, you are directed to the correct seal kit.


Attention: Due to the according to our experience less than optimal calculated grooves of the solenoid valves in S50B30, S50B32 and S62 engines, it can lead to leaks there despite fitting o-rings. Despite a relatively strong compression in the installation space and the use of harder o-rings, there is an increased risk of extrusion. We therefore recommend the use of our reinforced seals for solenoid valves. The installation of the standard o-rings for the solenoid valves happens at your own risk and should only be considered as a cheap and temporary solution. 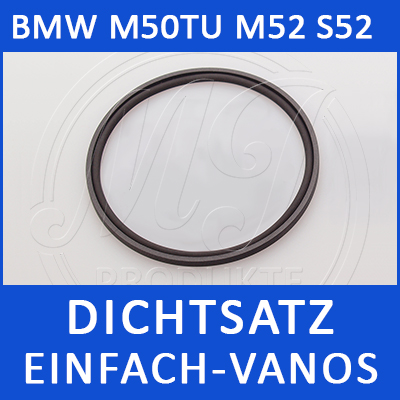 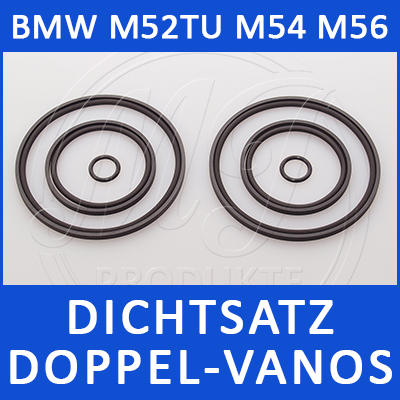 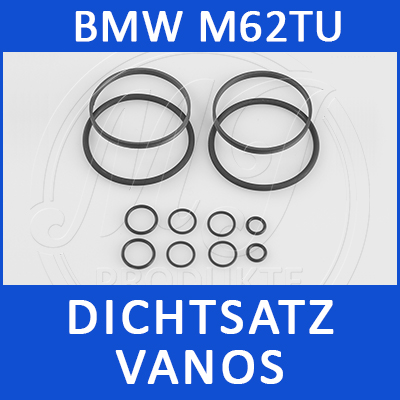 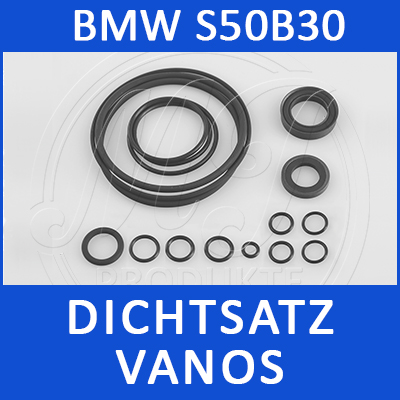 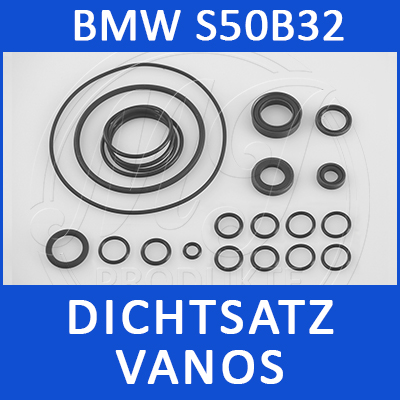 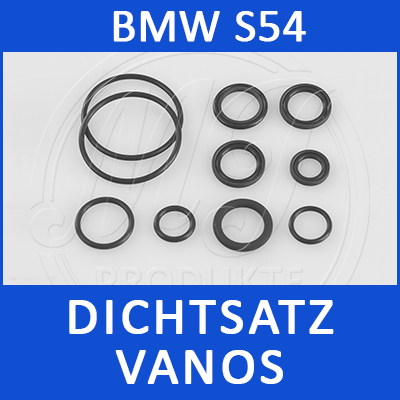 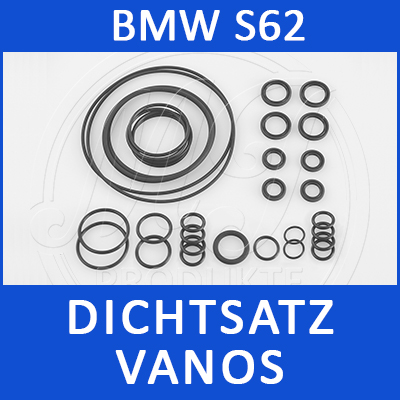